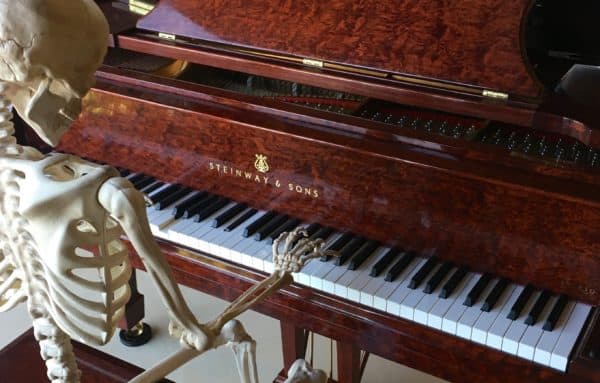 HBO’s Westworld is a fascinating look at ethics, technology and human nature.It also brings up a lot of fascinating legal questions that can be difficult for an average person to answer without a Fallbrook criminal lawyer present.

Do the Hosts Have Human Rights?

While the hosts of the park look and feel human and even express real human emotions, they are still 100% machine. Unfortunately, although the host may demonstrate true consciousness, our current laws do not allow any human rights for synthetic lifeforms (we covered this topic previously). The world where the show is set may be a little in the future, but these androids still seem a novelty and it does not seem the laws have changed or else the park would have already been shut down ages ago for allowing the murder, rape, slavery and torture of the hosts.

Sadly, the hosts seem to have fallen into a bit of a catch 22. Once they started remembering things despite the park’s attempts to wipe their minds, they couldn’t simply petition the government for human rights. The park was instead deactivating hosts that were malfunctioning and not being properly erased is considered to be a malfunction. The hosts couldn’t leave the park and they had no advocates around who would be willing to plead their case.

So in a way, the hosts’ violent rebellion was their only way to prove that they are more than machines. At the same time though, doing that has practically ensured they will be deactivated like malfunctioning, dangerous machines and never receive basic human rights. The hosts might try to obtain a Rancho Bernardo criminal defense attorney to argue their case, but it at that point, even if they were declared human, the hosts would still end up spending decades in jail for the murders they committed.

Obviously the park will be in hot water after the host rebellion and most of these issues will be handled in civil court. The park has good evidence that the hosts couldn’t harm guests and that those that malfunctioned were retired for the safety of the guests. Additionally real guns were supposed to be kept off park grounds, so guests couldn’t harm one another -although the security team had machine guns just in case something like the rebellion happened. All of this means there would most likely not be enough evidence to charge the park criminally for the massacre.

That being said, investigators might find evidence that park owners intended to commit other crimes, such as blackmail. If any higher ups in the company believed that allowing guests to live out their fantasies could result in big money from exploiting those people from having their activities in the park revealed to their friends and family members, the whole company could be liable. After all, a man might pay to avoid having his wife know how quickly he consorted with a robot prostitute and someone might give up practically anything to avoid having the world discover he molested host children at the park.

If evidence was discovered to prove that higher ups in the company were planning to blackmail guests, they could face charges for every just about guest that attended the park. Also, if there was evidence that the park knew the robot uprising was possible and those in charge chose to ignore it and do nothing, then the park itself could face charges as well as anyone involved with that decision. Those responsible would be well advised to seek out an Escondido criminal attorney as soon as possible before investigations into the uprising begin.

If you are not an android and have been accused of any crime, San Marcos criminal lawyer Peter M. Liss can help. You can schedule a free initial consultation by calling (760) 643-4050.