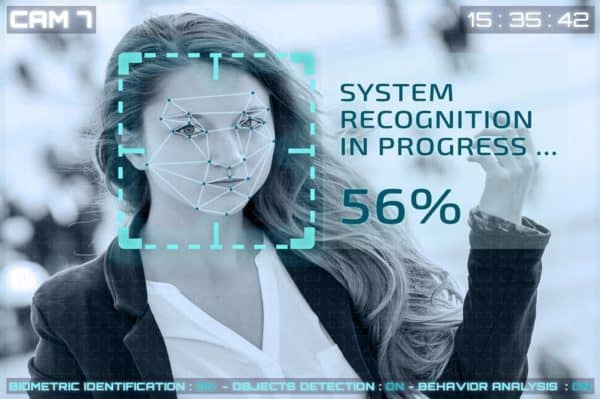 San Diego is one of the most surveilled cities in the United States and the SDPD and other local law enforcement agencies have been known to take full advantage of this fact, taking advantage of an array of surveillance technologies. Some of the technologies used by law enforcement agencies around the county include partnerships with Ring cameras, smart streetlights with built-in microphones and cameras, license plate readers, cell site simulators that allow police information on where a particular cell phone is located as well as other sensitive data, drones to surveil the public from the air and more. Unsurprisingly, the SDPD also experimented with facial recognition software and it turns out the city may have purposefully hidden information about the program not just from the public -but from the federal government as well.

Just like it started using the streetlight camera technology in secret, the San Diego Association of Governments (SANDAG) introduced the Tactical Identification System (TACIDS) facial recognition program in 2012 without any public hearing or notice. While more than 30 law enforcement agencies were participating in the TACIDS system, the SDPD used it more than any other group.

After reading concerns about San Diego’s use of the technology, the House of Representative’s Committee on Oversight and Reform requested more information from the city government about the program in 2017. But the employee tasked with sending over the documents, Tiffany Vinson, claims that the city intentionally withheld information from congress. To start with, the program was managed by a regional law enforcement agency, known as the Automated Regional Justice Information System, or ARJIS, which meant this agency possessed many of the records requested by congress -which they were never given.

Vinson’s attorney says officials intentionally avoided keeping copies of files on city servers to avoid having a paper trail that could reflect badly on then-city mayor Kevin Faulconer. “The city hasn’t been forthcoming with many of these requests,” he said. “If they can withhold pertinent documents … from the federal government, imagine what they’re doing to victims of police misconduct, people who are trying to get a little bit of oversight, Brown Act violations, etc.”

What’s the Status of the SDPD Facial Recognition Program?

While the SDPD used all forms of facial recognition technology, a statewide moratorium put a stop to the practice for mobile devices, including body-worm cameras, for three years starting on January 1, 2020. But this rule left a loophole that still allows for facial recognition to be used with stationary cameras, including those on smart streetlights or other CCTVs. For the time being, they’ve put an end to their partnership with Clearview AI, a company that bills its product as “the search engine for faces,” but this was only because the department was using a free trial that they stopped using, not because of the statewide pause on police use of mobile footage for facial recognition purposes.

Will This Make it Harder to Solve Crimes?

It’s worth noting that the SDPD has worked with facial recognition for at least 7 (and possibly as long as 13) years before putting an end to the practice recently. As Fast Company points out, it seems over that entire 7 year stretch, the technology never resulted in a single arrest. That’s a pretty good indication that for the time being at least, this technology does nothing to stop crimes, though it still seems highly invasive to the privacy rights of the public at large.

What’s the Problem With Facial Recognition?

Adam Schwartz, a senior lawyer with the Electronic Frontier Foundation says that the technology presents serious civil liberty concerns as people who know the police have facial recognition technology may avoid attending a protest for fear that it could cost them employment at a prospective employer later. This is a problem ARJIS itself noted in an internal report, noting “The mere possibility of surveillance has the potential to make people feel uncomfortable, cause people to alter their behavior, and lead to self-censorship and inhibition.”

Facial recognition also has a notably difficult time recognizing the faces of people of color, which has already result in wrongful arrests in cases around the country where an arresting officer failed to scrutinize the facial recognition AI.

Only time will tell whether or not SDPD or other law enforcement agencies in San Diego return to their use of facial technology or if there will be any consequences related to the city intentionally withholding information about the program from the public or congress. For the time being though, it’s good to know that increased oversight of the police will result in fewer surveillance technologies like these being introduced in secret.

If you have any questions about police surveillance or transparency, please call (760) 643-4050 to discuss the matter with attorney Peter M. Liss.