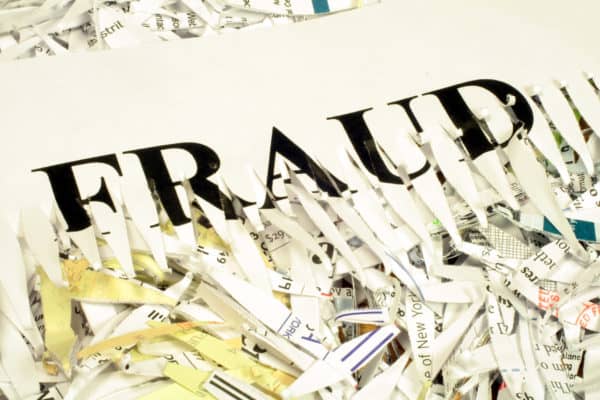 California’s Employment Development Department, the state department in charge of issuing unemployment benefits, has been in the news a lot recently after reporting record fraud losses in 2020 due to looser restrictions on unemployment claims as a result of the coronavirus pandemic. In fact, of the $114 billion worth of unemployment benefits paid in 2020, at least $11.4 billion (10% of the total) has been fraudulent and that number could be as high as $32 billion (27% of the total). While much of this unemployment insurance fraud has been committed by scammers in other countries such as Russia and Nigeria, plenty of it has occurred right here in California. Those who have been charged with this serious offense in San Diego should contact an unemployment attorney like Peter M. Liss as soon as possible.

What Caused the Mess

While those in charge are all trying to spread the blame regarding how this level of fraud took place, there is certainly a lot of blame to go around. The bottom line is that California did not have adequate fraud prevention in place to handle the increased number of unemployment claims filed under the federal Pandemic Unemployment Assistance program, which not only extended the typical amount of time people could claim benefits, but also allowed even those normally unable to file for unemployment benefits to receive them, such as independent contractors.

In fact, protections were so inadequate that while there 1,000 suspicious claims filed per day in the first few months of the pandemic, there were only 2 people to review these claims. Even when AI was introduced to flag payments, they still were not effectively stopped. In fact, one address alone had over 80 unemployment claims associated with it and yet the AI failed to ever stop 12 of those claims, which added up to over $300,000. In one shocking case, 1,700 claims were filed at one single address.

California’s prison inmates even got in on the scheme, with the state paying over 45,000 prisoners over $810 million in benefits. In December, San Diego County inmates from the RJ Donovan Correctional Institution were suspected of taking at least $5 million from the program and that number may have doubled as more fraud by inmates was uncovered -and it only covers one local institution. So far, nine San Diego inmates have already been charged with their role in the scam.

To make matters worse, by September over 1000 people per day reported that their identity had been fraudulently stolen for the purpose of collecting unemployment benefits -but California had only one person to investigate these claims.

Even those who rightfully filed and collected unemployment often found their benefits stolen through unauthorized use of their unemployment debit cards -and this total hasn’t been included in the state’s figures on fraud.

In most cases, those charged with unemployment fraud will face charges related to Unemployment Insurance Code 2101 (UIC), which covers only unemployment fraud, or Penal Code 550 (PC), which covers all types of insurance fraud in California. Both of these charges can be filed as a misdemeanor or felony. As a misdemeanor, 2101 (UIC) is punishable by a fine of $20,000 and a one year jail sentence. As a felony, this charge carries a maximum penalty of 3 years in prison and $20,000 in fines.

It is worth adding that the San Diego District Attorney’s office has an insurance fraud unit within its Economic Crime division and they vigorously prosecute Unemployment Insurance fraud if a case is referred to them. This will certainly include all cases related to the current surge in unemployment fraud

In any of these cases, these crimes may result in a loss of any professional licenses, an inability to file for most forms of government welfare for a set period of time, and those convicted will need to repay the amount they took as well as a 30% penalty.

You could also be charged with similar charges such as theft, forgery or perjury.

Defenses to Unemployment Fraud in California

It is possible to fight these charges. Common defenses include the fact that you did not mean to defraud the EDD and legitimately believed what you filed out on your application was correct or made a simple mistake, such as writing the wrong social security number down. In other cases, there may be insufficient evidence to prove the charges against you or you may be able to show that you were the victim of mistaken identity. This can sometimes happen when someone else filed a fraudulent unemployment claim under your name.

In many cases, the best defense is to preemptively pay back the benefits in question or make a payment plan to do so. In cases where there is a question regarding your intent, this can be sufficient to result in the charges being dropped. In other cases, this can be a good faith gesture that will result in a lowered sentence in a plea bargain or sentencing hearing.

If you have been accused of unemployment insurance fraud, please call (760) 643-4050 to schedule a free initial consultation with lawyer Peter M. Liss.