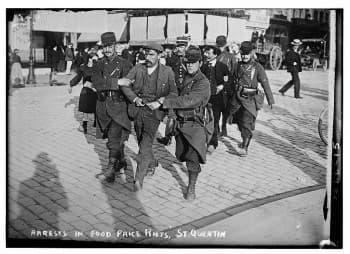 When you hear the word lynching, you probably think of a horrific scene where someone takes the life of an innocent person merely due to his or her race or religion, but under California state law, the term actually refers to rioters working to take a person under police custody. Here’s what you should know about the crime, courtesy of San Diego criminal defense attorney Peter M. Liss.

The reason for the confusing name goes back to the other historical definition of lynching, wherein an angry mob seizes a criminal from the local jail and hangs him before he has a chance to defend himself in court. But while historical lynchings were almost never beneficial for the person being taken from police custody, that’s not the case in modern times. In fact, a person can even be arrested and charged in their own lynching if they intentionally tried to get the public to help set them free. Because these arrests occur in a riot-like situation, it is critical anyone charged with this crime seek the help of a San Diego criminal defense lawyer.

Even if the attempt to free the person in police custody fails or if an attempt to riot falls flat, those responsible can still be charged with attempted lynching. You may be curious how this crime is any different than the crime of “rescuing a prisoner,” which involves freeing someone from prison, jail or police custody and the main difference here is that lynching requires a riot to occur. Because a riot is considered much more dangerous to the public than a standard prisoner rescue, the crime is more serious and carries a maximum sentence of up to four years in prison.

With such serious penalties at stake, it is easy to see how important it is to work with a top San Diego defense lawyer if you have been charged with lynching. In many cases like these, it is easy for a person just walking by to be swept up in the riot and arrested as part of the mob. Similarly, someone could be protesting an arrest of someone they believe to be innocent, but not trying to physically release the suspect and still get arrested and charged with lynching in the chaotic mess of this type of riot.